Don’t shy away from talking about diagnoses or symptoms just because you don’t understand the language involved.

In this glossary you’ll find explanations of the most common mental health issues in the Western world accompanied by stats and essential links.

We’ve also included useful words that might be applicable in any mental health discussion, like self-care and trigger, so you can ask questions, listen and share your thoughts with confidence.

This is our starter for 10 but we’ll be adding to it and updating it regularly so if you have any feedback or suggestions for tweaks or additions, we’d love to hear from you!

Anxiety
Anxiety is an adaptive mechanism that evolved to let us know when we are in danger. While fear is an emotion, anxiety describes the behaviors, thought processes and physical responses associated with the fight-or-flight response.

A clinical diagnosis may be given when this gets out of control and you have physical symptoms or thoughts that negatively impact your life. Anxiety disorders are incredibly common, with 18.1% of the adult population in the U.S. affected each year. They include generalized anxiety disorder, social anxiety and specific phobias.

Bipolar
Bipolar is characterized by periods of mania and bouts of depression. These two extremes (the two ‘poles’ in bipolar) can be separated by periods that are free of symptoms.

Bipolar used to be known as ‘manic depression’. Manic and maniac are words that are hugely stigmatized and misunderstood. A manic episode can present as feeling energized, irritable, elated, unstoppable and like the sufferer has a decreased need for food or sleep. But this ‘high’ can be just as destructive as the opposite ‘low’.

One common hallmark of bipolar is that sufferers are not aware of these changes, even though they can seem intense to those around them. It’s very important for coworkers and loved ones of someone experiencing bipolar to educate themselves about the disorder and communicate openly. This Help Guide is the perfect starting point to do that.

Depression
Depression is, in the simplest sense, low mood. When this persists for more than two weeks, it is formally known as Major Depressive Disorder.

Depression is more than just being sad. It impacts a sufferer’s ability to enjoy life and gives them an aversion to activity, even activities they used to enjoy. The disorder can be influenced by biological, psychological and social factors.

Depression symptoms vary in type and severity. Look out for weight changes, irritability, a hopeless outlook and fatigue. Depression can lead to suicide ideation and taking one’s own life, but not everyone with depression experiences this all the time.

There are simple self-assessments online to give those living with the signs of depression the light-bulb moment that things are not okay or normal, such as the NHS’s depression self-assessment tool. However, everyone should go to their GP as soon as the symptoms interfere with their life.

📈 Data point
According to The Mental Health Foundation, mixed anxiety and depression is the most common mental health disorder in the U.K. with 7.8% of people meeting the diagnosis criteria. 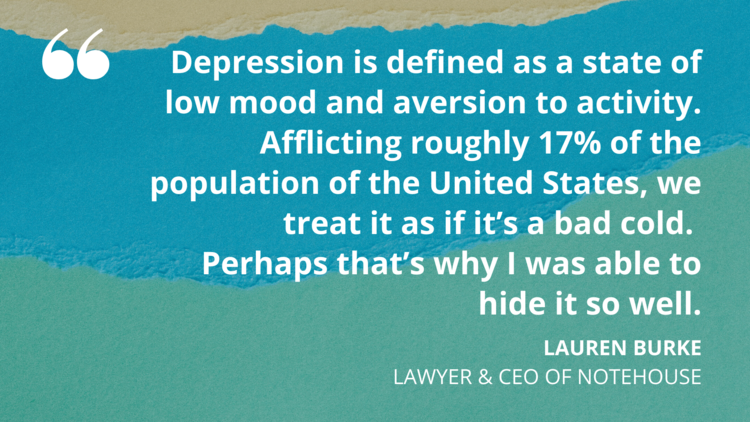 Charity Beat Eating Disorders believes that 1.25 million people in the U.K. (~2%) would meet the criteria for an eating disorder.

Common OCD thoughts and behaviors have rational roots but become wired into stress and anxiety responses, such as a fear of germs or checking things like windows are secure. The compulsive behaviors, the intrusive thoughts and feelings or the rituals to avoid them massively interfere with daily life.

Post-traumatic stress disorder (PTSD)
PTSD is an anxiety disorder where a traumatic event causes lasting distress or problems. It’s estimated that 3 in 100 people will develop PTSD in their lifetime. The incidence is higher in firefighters, members of the armed forces, survivors of car crashes and survivors of sexual assault.

A big misconception about PTSD is that, if you suffer from it, you dwell on past events. PTSD symptoms can include flashbacks, physical sensations and avoiding certain places or situations.

Addiction
Addiction is having insufficient control over doing or ingesting something to the point it is harmful to you. We all know about drug and gambling addictions, but we can also be addicted to things like work, shopping and even using our phones or the internet.

Chemical imbalance
Chemical imbalance is a phrase used to describe when the brain has too much or too little of a substance. This can be useful for some people to frame and treat a mental health problem (for example, it is comparable to diabetes being a case of not making enough insulin), but it is not the whole picture for many others.

Mental health charity Mind point out that there is only very weak evidence to say chemical imbalances are associated with depression, and it’s unclear if they are the cause or an effect.

Coping mechanism
Coping mechanism is a behavior or thought to manage either an external situation or thought’s impact on your mental health. Some work in the long term and others only work for a short amount of time. While some are healthy, there are unhealthy coping mechanisms like self-harm and self-isolation. Some coping mechanisms can be helpful at first, like humor, but can become maladaptive over time.

Grief
Grief is your response to loss. It is an acute and often overwhelming mental health issue that can trigger a lasting problem. It is very important to grieve in a way that you feel is healthy, on a timescale that suits you. 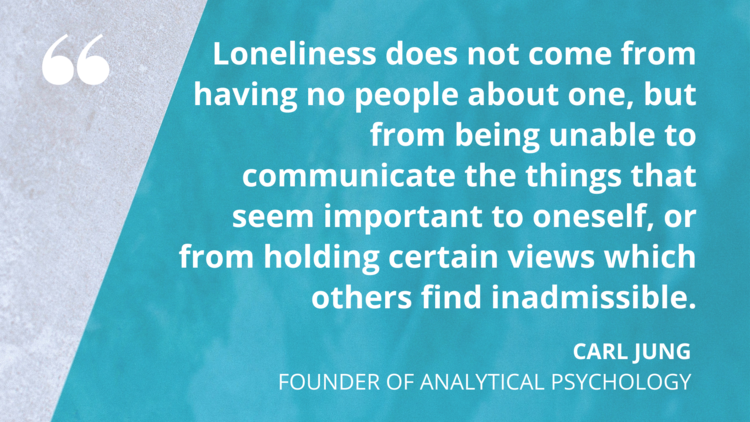 Panic attack
Panic is sudden, uncontrollable fear and anxiety. A panic attack is a rush of intense thoughts and physical symptoms. Panic attacks present in different ways but commonly involve shortness of breath, dizziness, dread or fear, shaking or crying.

Self-care
Self-care is actively protecting one’s own wellbeing, including their mental health. It goes beyond bubble baths and taking breaks (though those are important, too!) and can involve all sorts of positive behaviors and affirmations and even saying “no” to situations that are damaging. It was added to the Merriam-Webster dictionary in March 2018.

Self-harm
Self-harm is intentionally injuring yourself. It is often a maladaptive coping mechanism for other mental health issues. More than half of people who die by suicide have a history of self-harm so if you notice or learn that someone self-harms, take it seriously and encourage them to seek professional help.

Sleep hygiene
Sleep hygiene is keeping a healthy sleeping routine that works for you and positively supports physical and mental health. Stimulants, napping and working in bed can all mess with your sleep hygiene.

Stress
Stress is caused when our physical and psychological resources are stretched. Colloquially, we use stress to refer to bad stress

Trigger
Trigger is an event or interactions that sets a series of thoughts and/or behaviors in motion.

Trauma
Trauma is the response to a deeply distressing event where your life or wellbeing was at risk. Trauma may be relived. If it is not properly* processed, trauma can cause lots of complex emotions and behaviors.

*proper processing is individual and situational, though!

Psychoanalysis
Psychoanalysis is a set of theories that professionals might use to understand how experiences, feelings and the subconscious combine and influence somebody’s mental health. Its validity is controversial but is still used in many talking therapies.

Meditation
Meditation is the act of using a technique to focus attention and awareness.

Mindfulness
Mindfulness is a type of meditation that reconnects our minds with our bodies, environment or a simple task. Supporters of mindfulness say it improves awareness and regulation of our feelings and sensations in the present moment.

Opposite-to-emotion thinking
Opposite-to-emotion thinking is an in-the-moment self-care practice. It involves examining how you are feeling and, if it seems harmful, doing the opposite. Feeling like isolating yourself could be countered with phoning a friend or colleague and meeting up, for example. Or feeling overwhelmed with all the things you need to do could be combated with taking time to meditate or relax before beginning any of them.

SSRIs
SSRIs stands for selective serotonin reuptake inhibitors. They are one of the most common antidepressants and increase the amount of feel-good serotonin available to receptors in the brain.

Why you should care about mental health

Taking care of your own mental health