How not to lose your job to an algorithm (Pt.1)

Take advantage of being human

The robots are coming, but that’s no bad thing.

According to Gartner research, by 2020 AI will create more jobs than it replaces. Whether it’s technology, the economy, politics or people, it’s no secret we live in an age of constant change. In fact, 86% of organisations have recently had experience with transformation according to a report from Harvard Business Review.

It’s time to face the facts. Technology, markets, and the skills we need to do our jobs, change. Every year, every week, even every day.

Our ability to learn, unlearn and relearn is perhaps the most important skill of all for surviving, and thriving, in this new knowledge economy.

And according to Quartz’s Michael Simmons;

“Learning is the single best investment of our time that we can make.”

Here are four ways brilliant leaders can take advantage of all the things we humans are uniquely good at. And beat the algorithms.

Many of us are committed to our own personal development. We set aside time to learn every day – skim an HBR article over lunch, listen to a podcast on our commute, connect with a colleague to ask for advice.

But without a clear purpose or vision for what we’re working towards, our learning will be meaningless; it won’t help us make tangible progress because we won’t take any consistent or concerted action.

Purpose is what sets humans apart from machines.

Goals help us take action. But goals must be concrete and tangible too.

Hive Learning partner and Team GB Olympic Gold Medalist Ben Hunt-Davis is the pioneer of the so-called ‘Crazy Goal’. Profit, share price; they’re great. But they don’t help you form deep, personal and tangible connections with the thing you’re trying to achieve – they’re not human. A Crazy Goal is something that helps you think ‘Wouldn’t it be amazing if…’?

Ben wanted to transform the men’s Olympic rowing team from consecutive losers to Olympic Gold medalists. Their Crazy Goal was to be Multi-Olympic-Medal-Winning Champions. When they thought about what it would take for them to win, they needed to make the boat go faster. So for every decision they made, every training session they had, every meal they ate, they asked themselves ‘Will it make the boat go faster’?

Aspirations are just the first piece of the puzzle. After you’ve set your goal, think about the actions you need to take to get there.

Break it down into performance goals under your control goal, e.g. how much time you can set aside to learn or practice, and tiny little process goals, e.g. to read a new article every day – short strides you can make to help you make progress every day, so you’re always on the front foot. 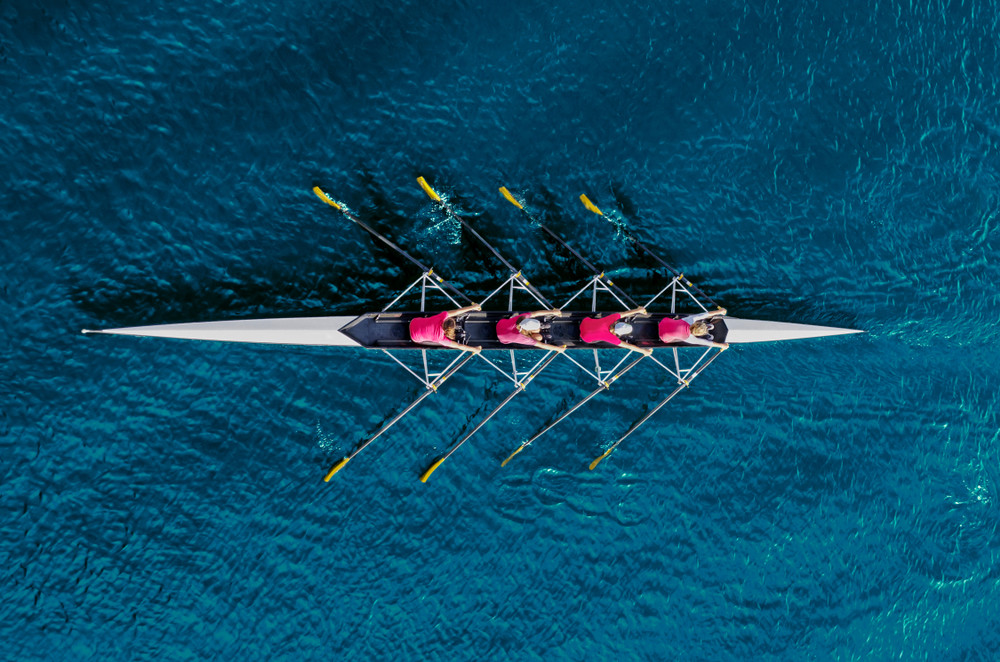 In Charles Duhigg’s best-selling book ‘The Power of Habit’, he observes;

“Champions don’t do extraordinary things. They do ordinary things, but they do them without thinking, too fast for the other team to react. They follow the habits they’ve learned.”

Forming habits is hard. If you want to form a learning habit, you have to want it.

Brilliant humans treat learning as life and death. They don’t tick a box, or learn because someone told them they should, they learn because they genuinely care about improving something like their life depends on it.

At a time when we constantly need to upskill and reskill, where robots can beat us at chess or automate basic tasks, our livelihood depends on learning how to use technology, how to improve it, how to adapt to it and how to use it to your advantage.

3. Imitate the best; ask for help

In his book, ‘The Secret of our Success’, Joseph Henrich, unpicks the surprising traits that defined the success of three early Arctic explorers.

In the early 19th century, inspired by a thirst for knowledge and discovery, three explorers set out to explore the Arctic – they were Sir John Ross, Sir John Franklin and the Norwegian explorer, Roald Amundsen.

Sir John Ross, the earliest of the group, set out in 1830 and subsequently led three successful expeditions. When his second expedition was stopped in its tracks as the ship became trapped in ice, the crew safely survived in the ice and awaited rescue before returning safely to England.

For Sir John Franklin, however, things went awry. When his ship became trapped in ice in 1845, the crew met a bitter end and died of a combination of starvation and hypothermia. The ship was only found 9 years later, despite a rescue mission being sent out to find them.

Roald Amundsen – the latest of the explorers – was the first explorer to reach both North and South poles (and the first explorer ever to make it to the South pole). On his first expedition, his crew also got stuck in ice but survived thanks to the quick thinking of the doctor on board and returned safely to England a year later.

So why did two crews survive while Franklin’s did not? It’s clear that failure wasn’t inevitable. A number of missions to the Arctic before and after this had overcome difficult circumstances and still succeeded.

Well, Franklin was a victim of hubris. He thought he knew what was best and failed to observe his surroundings or ask for help.

Other crews asked the local Inuits in the area how to survive in the wilderness – how to locate a seal under ice, make special fishing spears from unknown local materials to capture them, how to cook when there’s no wood for a fire.

The behaviours needed to survive in an environment so different from 19th century Europe had been cumulatively learned and passed down over generations of Inuits. This specialist knowledge was something only those who had spent hundreds of years learning would know. The leaders of the successful expeditions recognised that, and went to the Inuits for help.

The lesson? Don’t try and reinvent the wheel. Find someone who knows about the thing you want to learn and copy them. Ask them for advice. Use the lessons they’ve learned so you have a headstart.

“Our species’ immense ability to adapt to di­verse environments and develop large bodies of know-how is due to our unique ability to learn from others, not to our raw brainpower.”

Learning and imitating others is a unique skill that humans have, but machines don’t. Use your super powers of imitation.

We are more time poor than ever. We spend a massive 41% of our time on tasks that aren’t satisfying and don’t help us get better.

We’re constantly distracted and we typically spend only 1% of our work week on learningaccording to a report by Bersin by Deloitte.

But you can fit learning into your day. You don’t need to find two or three hours to learn in an interrupted way.

For you to retain information, it has to be repeated a number of times – days, weeks or even months apart. Each time it’s repeated, your chance of remembering it increases. The forgetting curve is real and ‘Spaced learning’ increases performance 1.5X according to Hive Learning research.

Our brains learn by repeated engagement. Little and often beats feast and fast. According to Benedict Carey – the author of ‘How We Learn’ – we should consider learning like watering a lawn. If you water your lawn a little bit each day over a week, you will have a healthier and greener lawn than if you flooded it all at once. Same amount of water, different results.

Treat your personal growth the same way. Learn a small amount every day. Pick up a book, or a read an article in bite sized chunks.

The secret to unlocking your human superpowers is to think, connect, collaborate and learn everyday. These unique strengths boasted by humans, not machines, are sure fire ways to beat the robots. If you can master those, you’ll not only survive – but thrive – in this new knowledge economy.

How not to lose your job to an algorithm (Pt.1)

In my next post, I’ll dive into how to play the machines at their own game.

Sign up for our newsletter to be sure not to miss it. 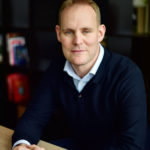 Angus joined Hive Learning as Chief Executive in 2015. After working in strategic consulting at Bain & Company, Angus took on a variety of roles directing marketing and customer experience at eBay, before taking the helm as Chief Marketing Officer at Graze.com during their rapid international expansion.

Angus brings a wealth of experience in helping both enterprise and scale-up organisations embed the behaviors, mindsets and customer experience critical for growth, with both a commercial and experiential edge. At Hive Learning, Angus lives his passion for helping millions of people grow their skills together everyday.

Why no app will rule them all