Trump’s executive order on DEI training is in place until January at least; here’s what it means

The recent Joe Biden win in the US elections is a victory for DEI training. The president-elect specifically acknowledged the need to tackle “systemic racism” in his acceptance speech, and has said that he wants to encourage diversity in top roles at federal agencies. Many expect that the Biden-Harris administration will scrap this order Executive Order, but it’s unlikely that that will be able to happen until January 2021 at the earliest.

This means that any company with a federal contract needs to make sure their diversity training is compliant.

Despite the election results, this ban will likely remain in place until January 2021 at least and the penalties for not following it are severe.

So to help organizations adapt their diversity training in the meantime, rather than cancel it altogether, we’ve put together a short guide on the ins and outs of the new order (as far as we can identify), including:

This guide is designed to give you a starter for ten, but as with any scenario involving the law, we recommend organizations seek their own independent legal advice.

The order refers to any organization who has a contract with the federal government. That includes federal agencies, federal contractors, and subcontractors.

The order also isn’t restricted just to organizations that operate inside of the US. As an example, foreign aid organization USAID suspended all diversity training as of September 30th.

According to reports, any firm that receives funding from USAID will also have to comply with the order, which potentially includes more than 4,000 organizations in over 100 countries that USAID works with.

The penalties for non-compliance with the order are severe, and include:

The order became effective as soon as the President signed it. However, requirements for federal contractors and subcontractors won’t apply to contracts entered until 60 days after the date of the Executive Order – this means they come into effect on November 21, 2020.

There has been speculation that Joe Biden is likely to retract the order quickly, but he won’t be able to do that before January.

The order condemns workplace training that includes concepts like unconscious bias and systemic racism, and prohibits the teaching of these topics by federal contractors.

The overall message is that federal agencies (and contractors and subcontractors) must stop any training the order calls “divisive”. According to the order, “divisive concepts” include:

The order states training sessions can no longer be offered that are “based on race and sex stereotyping and scapegoating in the Federal workforce, the Uniformed Services, and among Federal contractors.”

It goes as far as to specifically label race and sex stereotyping and scapegoating as “anti-American”.

We’ve broken down what the order means by these terms:

Race or sex stereotyping: attributing certain traits, privileges and status to a specific race or sex, or to a person on account of their race or sex.

Some examples of race or sex stereotyping and scapegoating provided by the Office of Federal Contract Compliance Programs (OFCCP) include:

Unconscious bias training comes under particular scrutiny in this order. It specifically bans any training on unconscious bias or implicit bias where it suggests that members of a certain sex or race can be inherently sexist or racist, or inherently inclined to oppress others:

“Unconscious or implicit bias training is prohibited to the extent it teaches or implies that an individual, by virtue of his or her race, sex, and/or national origin, is racist, sexist, oppressive, or biased, whether consciously or unconsciously.” – (OFCCP)

“All men are unconsciously biased against women”

would be prohibited by the order as unconscious bias training that teaches that members of one sex are inherently biased against another.

Note: we’ll suggest types of training that may still be permitted later in this post.

A White house memo suggested looking for the following key phrases as part of any training material reviews, suggesting that they can help identify the kind of “divisive concepts” now banned. These are:

The order does acknowledge that “training employees to create an inclusive workplace is appropriate and beneficial.” So that’s a start.

The thing that DEI leaders already know is that thoughtful, high quality unconscious bias training and training on systemic racism would never teach participants that they’re inherently ‘racist or sexist’ because of their race or sex. It’s the systems that lead to us developing ‘systemic -isms’; an important nuance overlooked by this executive order.

Just like the DEI leaders we work with – we know how important this kind of training is if we want to actually move the needle on building diverse businesses with inclusive cultures. However, we also appreciate that – whatever your political views – the law is the law and we need to protect our businesses.

But at a time when many businesses have started to make progress on DEI, and many employees are calling on their employers to do more, we have to find a way through to continue DEI training, rather than canceling it altogether.

Our Inclusion Works program is designed to take people from awareness to action, and help them understand how to practice inclusion as a daily habit. So right now, we’re recommending focus on two key areas:

Talk about bias in our systems. You can’t single out a single race or sex as being especially privileged over another, or suggest that one ethnic group is biased against another. But you could choose to look at examples of bias in our systems, or discuss that we all have biases and reflect on how they might have come to be. Talk about common pre-conceptions or stereotypes, and the historical facts that outline how they might have been formed. And what the impact of that is in some of our systems today.

Help people understand the value of inclusive processes and how to create them. Show people the benefits of inclusion and processes or rituals can teams deploy every day to capture the best ideas, inputs, and diversity of thought to achieve better outcomes. From building psychological safety, to hearing all voices in meetings, to giving feedback in an inclusive way.

A request for information has been published by the director of the Office of Federal Contract Compliance Programs (OFCCP) asking for information about training or workshops – keep your eyes peeled for any new guidance.

If you’re a federal contractor and you’re unsure about the compliance of your training material, you can seek assistance from the OFCCP Programs by December 1st, 2020.

Industry groups and civil rights leaders are looking into legal challenges to the Executive Order.

And the outcome of the election will likely see changes to this order. Once Biden is sworn in as President, it’s likely that the order will be rescinded, but we don’t know when that will be. 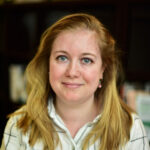