White Fragility: Why It’s So Hard for White People to Talk About Racism by Robin DiAngelo

Seven years after coining the phrase white fragility, Robin DiAngelo unpacks her uncomfortable but game-changing concept. The result is a short but intensive personal workshop that impels the (presumed white) reader to take accountability for racist patterns in their behavior and get ready to brace against the headwind of their own white fragility. 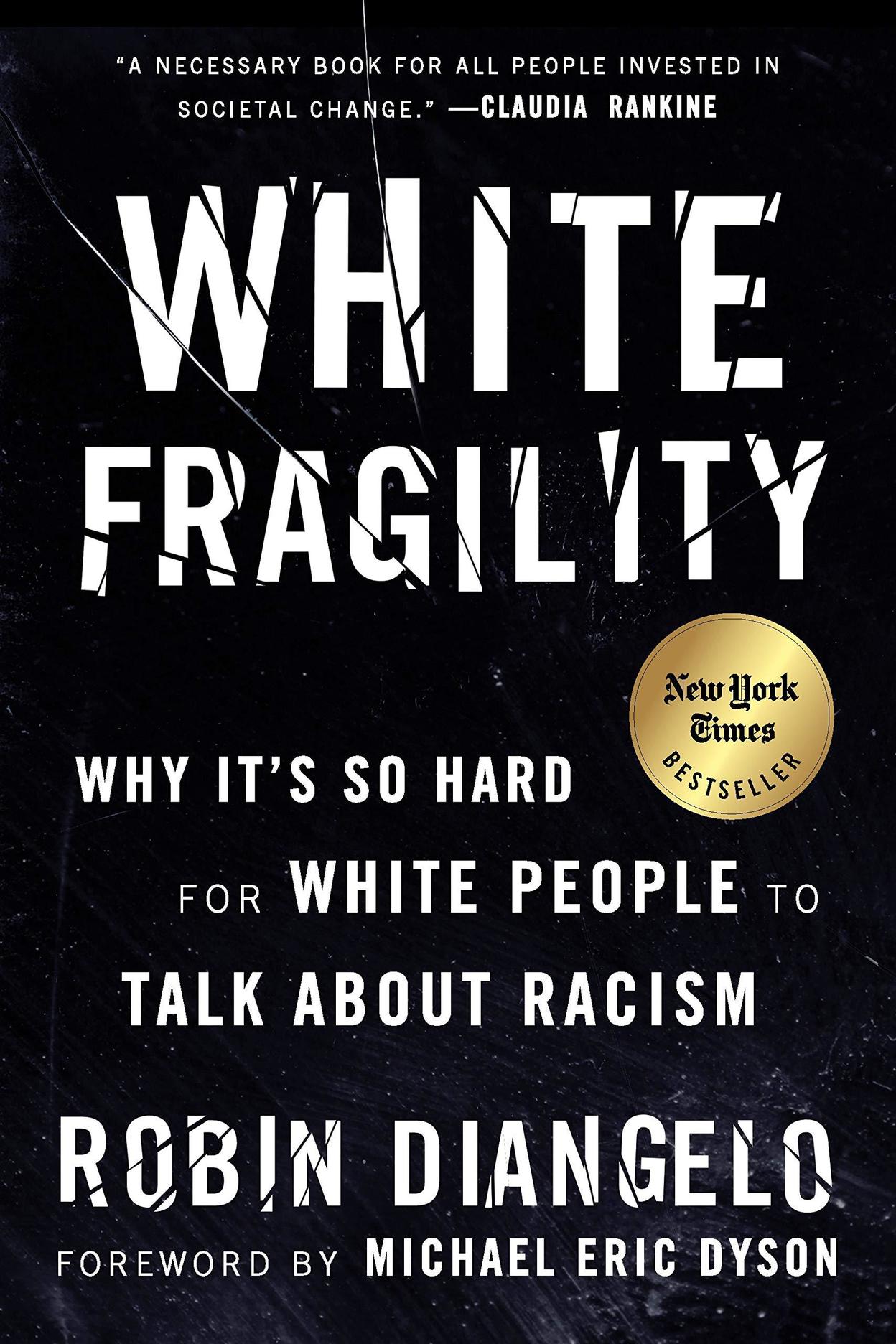 All rights reserved by Beacon Press.

🔥 The hot take
Anger. Fear. Denial. Tears. White fragility describes the emotions and actions of white people when confronted with their part in racism. After decades of running diversity training sessions, DiAngelo is a “from practice to theory” expert in the everyday ways that white fragility serves to reinforce systems of power. Without keen awareness and strategy, warns DiAngelo, white fragility is a barrier to ‘racial growth’.

The first hard-to-swallow pill is that white fragility applies to all white people. Failure to recognize it in yourself equates failure to understand socialization and appreciate that your racial worldview is shaped by your own race.

White fragility can be triggered in many situations. Standing center stage in White Fragility are conversations about race and, in particular, being called out for a racist comment or action. 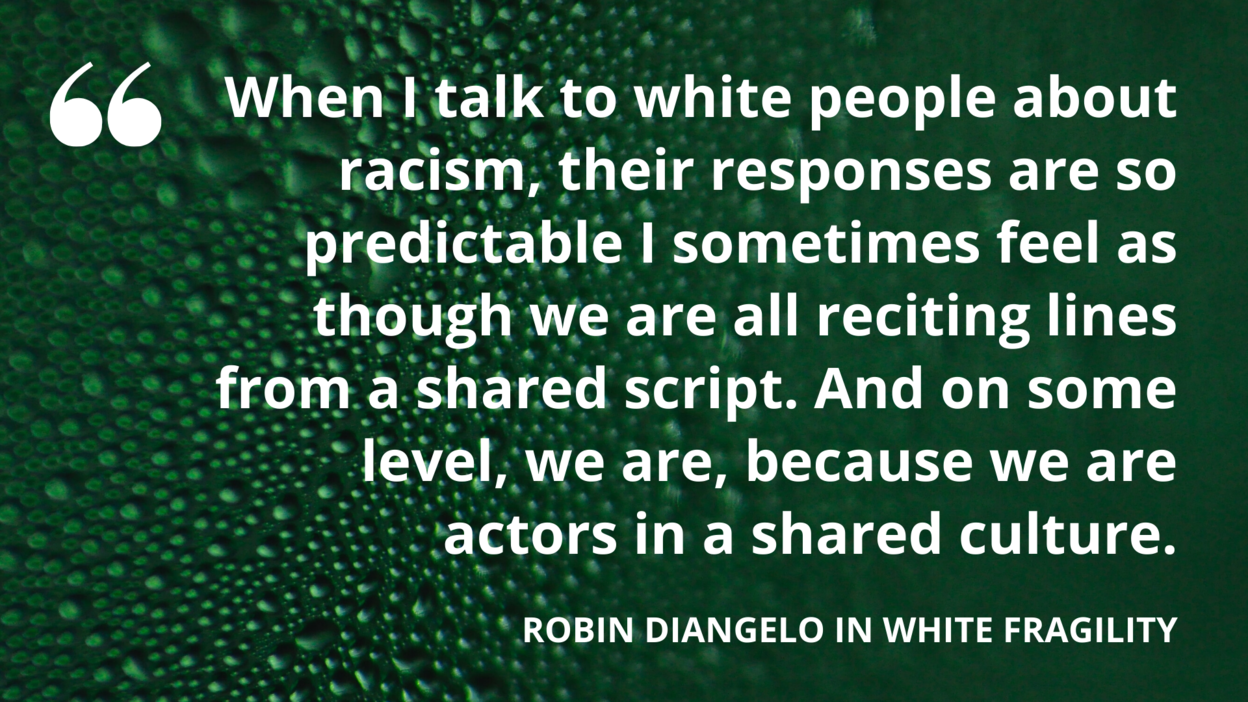 The white state is “fragile” because white people have outsized emotional reactions when their comfortable racial norms are challenged (“I am not a white person, I am just a person.”, “I am a good, non-racist person.”, “I am not over-advantaged by my whiteness, the reason others are disadvantaged has nothing to do with me.”)

💬 Bargaining (“I know about this and I have black friends!”)

💬 Channel-switching (“It’s about class, not race.”)

Bringing together academic research, ideas from thought leaders, quotes from friends, sociological theories, anecdotes from her sessions and raw stories of her own white fragility, DiAngelo builds a thorough and instantly recognizable portrait of how white fragility looks and feels — and why it makes white people (especially white progressives) more resistant to productive conversations about racism.

At times, the book takes on a cognitive behavioral therapy character. That’s how systematic DiAngelo is in her delineation of how you should replace the emotions and actions of white fragility with the productive ones of growth. In this way, White Fragility achieves balance in its promise: the new approach within is practical and codified but also personally and deeply transformative.

White Fragility isn’t intended to shame and guilt white people. Indeed, these emotions are dealt with at length. As the Audre Lorde quote that DiAngelo shares explains, “all too often, guilt is just another name for impotence, for defensiveness destructive of communication.”. Instead, White Fragility is a training workshop DiAngelo has invited you to take with her in private. DiAngelo strategically steers you to a working understanding of racism and white people’s socialization within it. Armed with this clarity, you can then process your own white fragility. This is essential if you’re to live the rest of your life making any difference to racial inequality. 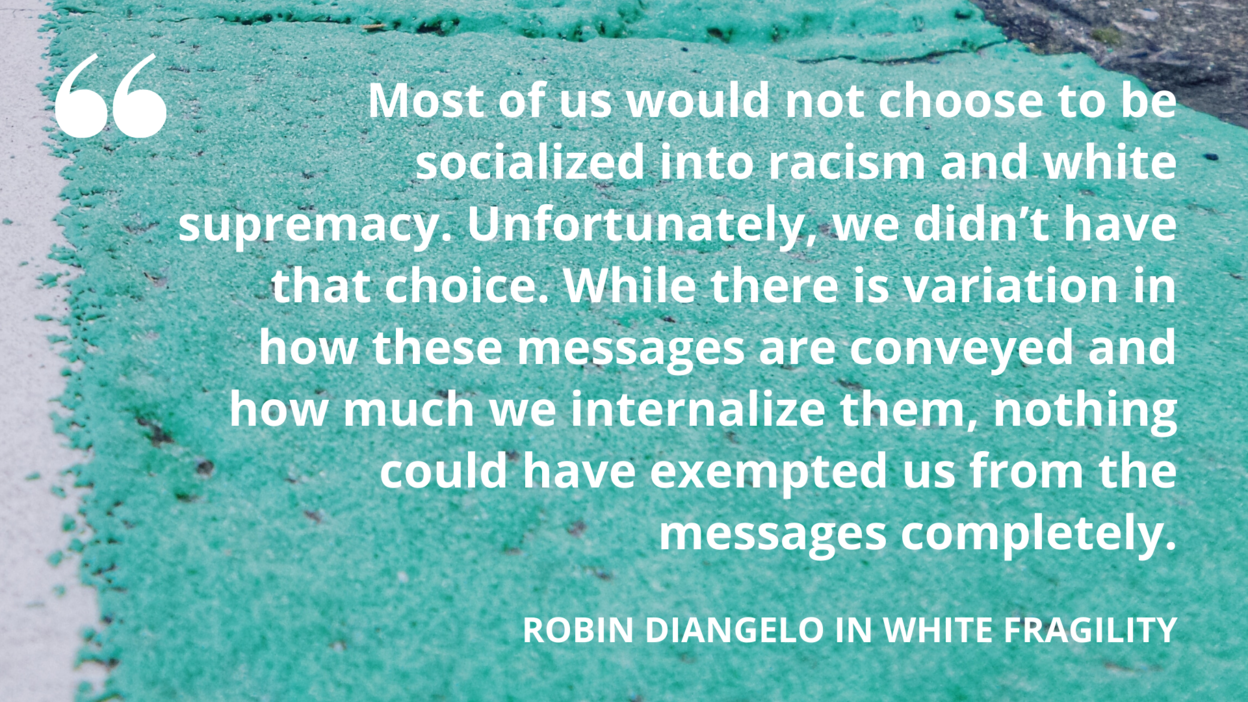 ✅ Seek out info about race and racism: books, films, news, websites… but do not expect or ask people of color in your life to do the labor for you.

✅ Follow a process like this to tackle your white fragility when you are confronted about a racist behavior.

If you are a person of color…

✅ Set standards: use what you have read in White Fragility to see examples all around you and establish the things you will not tolerate.

✅ Hold white people accountable: if you feel safe doing so, be honest and direct when you see a racist behavior.

✅ Recommend this title, or the concept as a Google search term, to white friends if they ask you to teach them more.

⚡ The must-discuss parts
White people’s racial triggers. The defensive moves of white fragility are triggered by challenges to perceived objectivity, white solidarity, meritocracy among other things that shape white racial comfort. Can you and your conversation partner face the reality of these comforts? Have you met these triggers?

White women’s tears. A particular brand of white fragility? When a white person makes a race conversation about them. This is often seen when a white woman’s tears of guilt or grief halt a conversation so others can comfort and absolve her.

How to process your emotions when your racism is pointed out. What to do, who to seek counsel from (spoiler: it’s a white person that will hold you accountable) and the thoughts and emotions conducive to growth which should prevail over those that exist in synergy with white fragility. Rewiring your reactions is no mean feat, so grab a friend and talk through it. 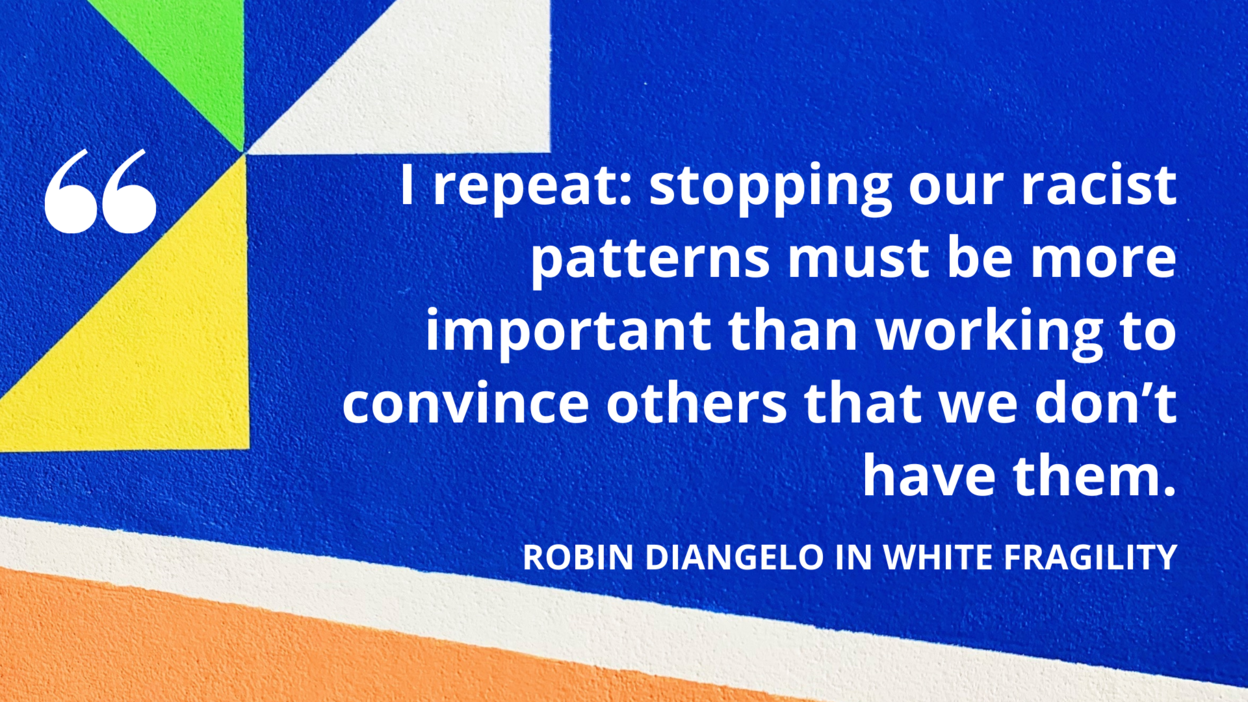 🛒 Where to buy
If you are in the US, get your copy from:

Inclusion Works from Hive Learning is a group-based peer learning program designed to create impactful & inclusive change across your organization. We give people the tools to make small changes to their daily behaviors and help them rapidly learn, relearn, and respond to the changing world around them. 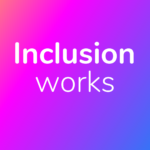 This resource was taken from our Inclusion Works program, which was created with a network of more than +100 diverse contributors and advisers. We learn from, amplify and cite creators of different races, ethnicities, genders and cognitive styles and continually work to represent all dimensions of diversity.

Book Review: The Person You Mean to Be by Dolly Chugh