Is choosing to be silent a form of privilege?

It’s natural to feel uncomfortable when talking about a difficult subject. You might worry about saying the wrong thing or how others will react. Maybe you’re worried about being criticized.

😶 Sometimes it just feels much easier to stay quiet.

But have you considered that choosing the more comfortable option — avoiding those difficult conversations entirely — could itself be a form of privilege?

Privilege = a social advantage that benefits people from a particular group or background over others. 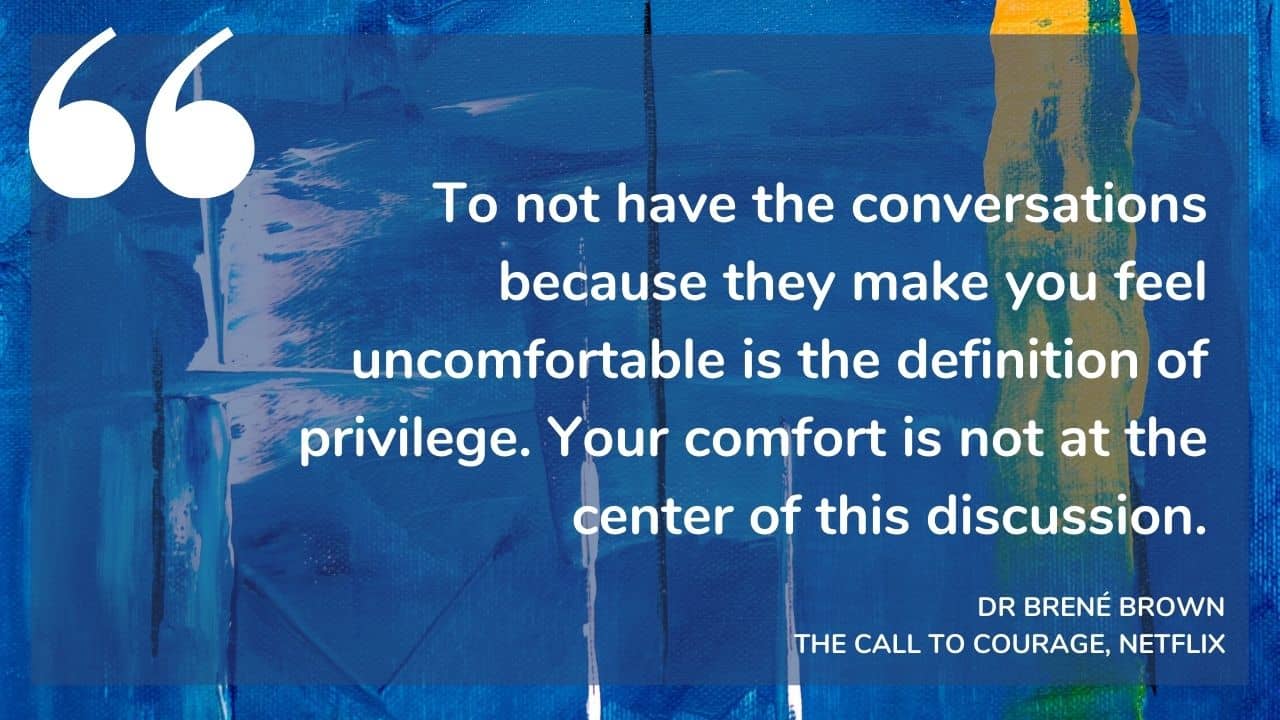 Dr Brené Brown, a specialist in topics around vulnerability, courage and empathy, argues that comfort shouldn’t come into the equation.

But if you opt-out of conversations because you’re worried about saying the wrong thing, or you’re concerned about being criticized, that is a sign of privilege.

People who are disadvantaged often don’t have that choice. If they don’t speak out, nothing will change and they will continue to be disadvantaged.

And there are many reasons why someone who is disadvantaged may prefer not to speak out.

The solution, according to Brown, is to be brave and to be vulnerable.

Embrace the discomfort. When people stay silent we avoid tackling the big issues around diversity and inclusion head-on.

Speaking up, however uncomfortable it feels, is an act of bravery. That small act can have a big impact, encouraging others to also put their fears aside and join the conversation.

Brown describes vulnerability as an act of courage. If you’re discussing a topic you feel unsure about, openly admit that you may make mistakes.

It takes courage to admit you may get things wrong. But it shows that you’re prioritizing learning over personal comfort. Plus it sets a great example that others can feel confident doing the same.

🎯 A simple way to practice bravery and vulnerability

✅ Step 1. Look for and read an article on a subject that you feel unsure about discussing.

✅ Step 2. Write some brief notes on the article.

✅ Step 3. Start a conversation with someone you’re comfortable talking to about the article. You could begin by explaining “I found this article. It’s on a subject I don’t know a lot about, I was curious to know what you think of it?”

Is keeping silent a form of privilege? Share your thoughts with your colleagues.

Catch up with Inclusion Works podcasts

Elevate all voices from the start in meetings

How to be antiracist and self-educate