How diversity, equity and inclusion became a C-Suite priority

2020 threw plenty of curveballs at organizations and DEI teams. COVID-19 created new and urgent people needs while putting many companies on rocky economic grounds. And the resurgence of the Black Lives Matter movement meant people wanted to have difficult conversations, but didn’t know where to begin. We wanted to know how the most impactful DEI leaders tackled each challenge, so we sat down with DEI experts at the helm of some of the world’s largest and most influential organizations. Then we distilled their insights. This is a snippet of the full pulse report, State of DEI 2020-2021, available online and as a PDF.

PS – If you don’t have time to read it now, you can also sign up for our newsletter and we’ll deliver the report straight to your inbox in bite-sized chunks over the course of the next week 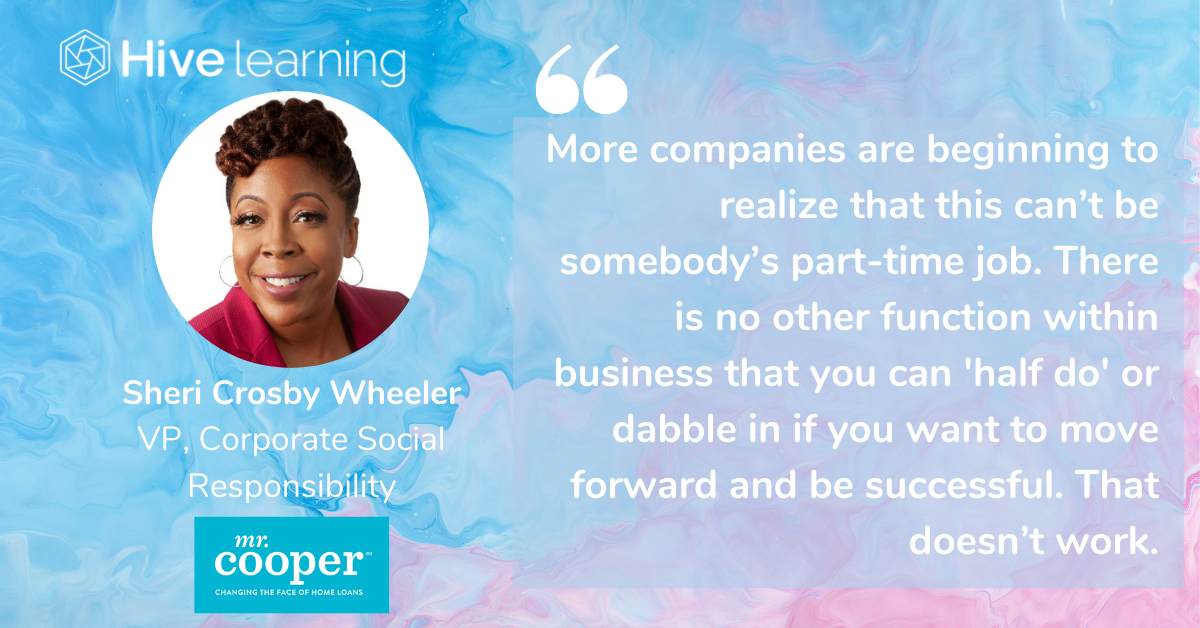 2020 shook up people’s perception of DEI. At most, it positioned DEI as an indispensable part of an organization’s goals. At the very least, it put DEI on the radar for businesses that had little or no experience of it before.

While uncertainty at the start of the pandemic forced many leaders to momentarily press pause, the need for DEI was clear and budgets and headcounts for DEI departments eventually grew to unprecedented levels. This was evident to DEI leaders who were new in their role and others whose teams were finally growing.

In fact, half of our respondents told us their DEI budgets had increased. 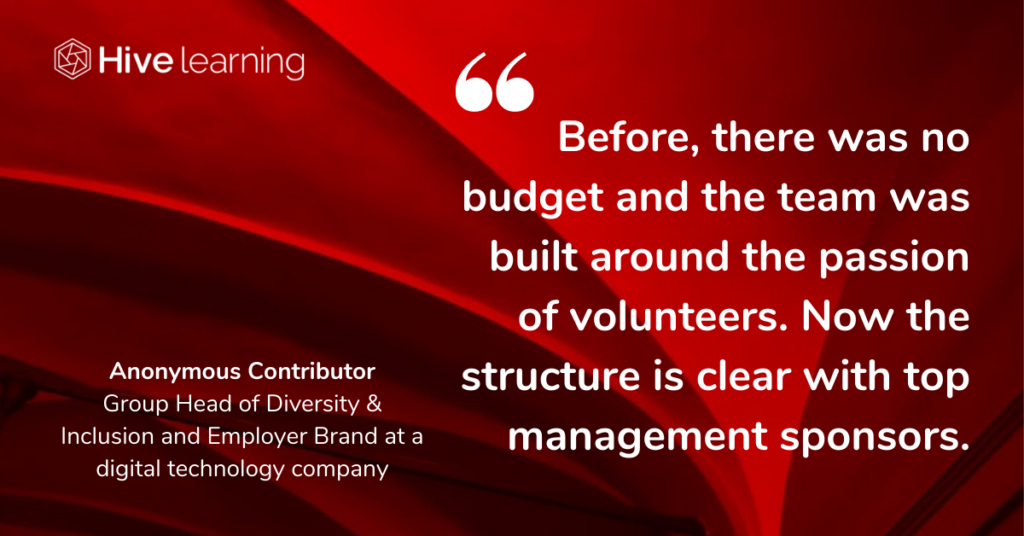 And more than a quarter of respondents told us that their DEI budgets had stayed the same.

In some cases, where all areas of a business were affected by budget cuts, DEI was protected.

And in others, people told us they were finding it easier to secure budget for DEI initiatives.

These tangible examples prove that decision-makers finally ‘get’ the true value of DEI. DEI is no longer a nice to have, but a need to have.

Of course, the devastating effect of COVID-19 meant some businesses had to make cuts across all departments, including DEI. For some, it was telling whether their DEI operations fell into the ‘non-essential’ or ‘essential’ categories.

As much as we have made incredible progress in collectively recognizing the importance of DEI, it would be disingenuous to pretend that the issue has vanished. Some DEI leaders are still having to boldly fight their corner: 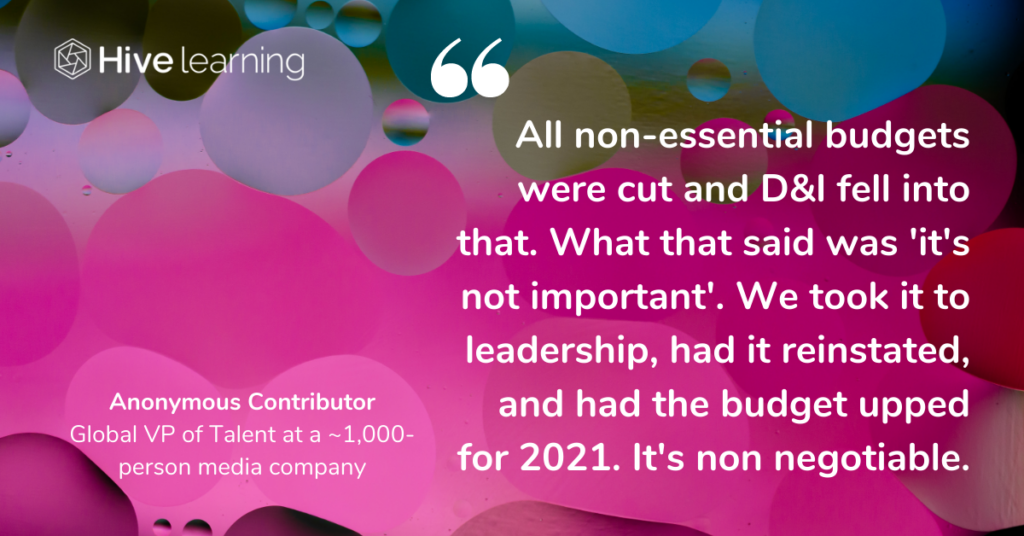 We hope this is a promising sign for DEI leaders, and that the seismic shifts of 2020 will make it easier for leaders to prove the value of DEI.

After all, as one DEI leader suggested, not committing to DEI is inevitably bad for business.

As well as investing in growing DEI teams, employee resource groups (ERGs) were recognized and fairly rewarded for their pivotal role in creating meaningful progress.

Prior to this year, it was commonplace to see a disconnect between corporations who said DEI was important and the compensation they gave to those actually doing the work — this was especially true of ERGs. It goes without saying that unpaid labor can worsen inequities and the passion required to fuel this unpaid work is often unsustainable.

But this year we saw a shift.

We heard that ERG leaders were finally being given some of their paid time to do ERG work. Employees were given billable hours to work on DEI initiatives rather than being expected to do this as a passion project outside of their day job. 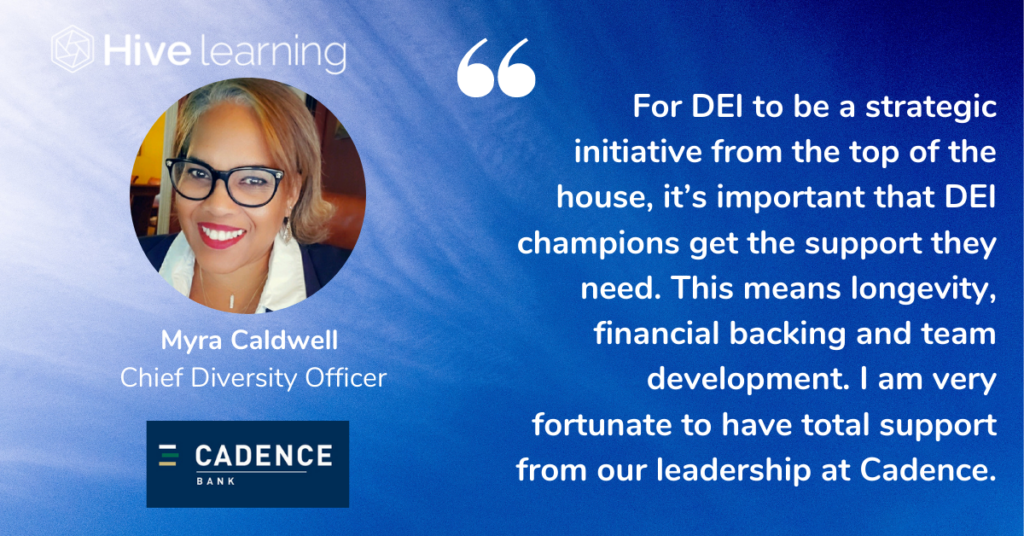 And leaders even cited that a digital environment accelerated the impact of ERGs making them easier to access and interact with, and less siloed — a win for intersectionality.

The expectation from employees and the public on what organizations should weigh in on changed overnight. People wanted to know where their organization stood on the subject of social justice. CEOs no longer had the option to stay silent.

The 2020 Edelman Trust Barometer Special Report found that people were up to 4.5 times more likely to say a brand would earn or keep their trust by acting in response to racial injustice.

While we saw flimsy statements and vague promises published, thankfully not all responses were simply lip service.

We saw CEOs and executive teams experience their own lightbulb moments right in front of us. They released public statements and set the bar for their peers. They asked DEI leaders for their counsel, and the role of senior leaders in DEI became crystal clear.

This was one of the most powerful shifts DEI work has seen in years.

As all DEI leaders are well aware, genuine buy-in from senior executives removes one of an organization’s first — and often greatest — hurdles to becoming truly equitable and inclusive.

We’re now seeing more DEI teams with direct lines to the top with weekly and monthly touchpoints with the C-Suite and boards of directors. This integration cements DEI as one of an organization’s most important agendas and is a clear indicator of what a company stands for to the rest of the business. 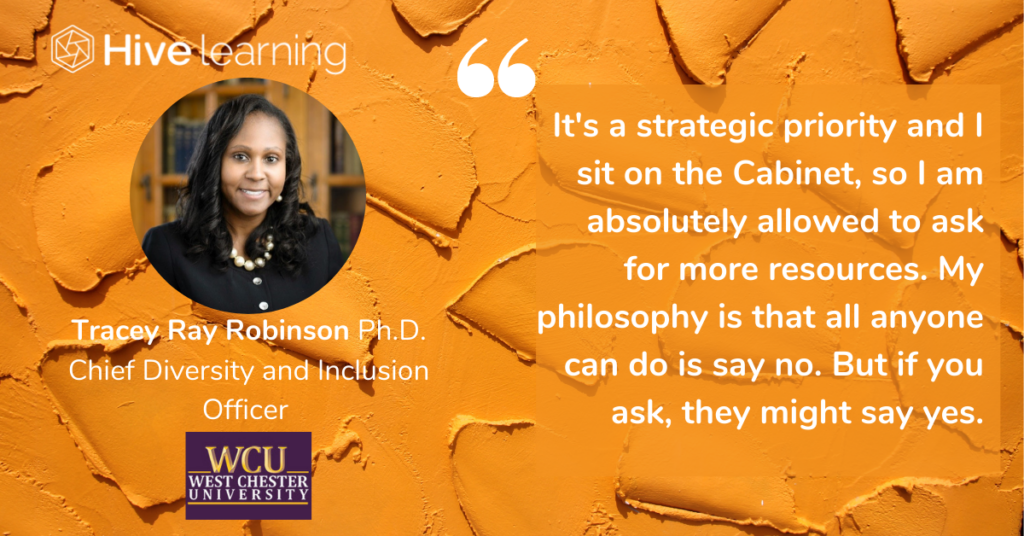 We were excited to hear about CEOs who spelled out their intolerance to racism in company-wide emails. Senior executives spoke about DEI as a focus in their strategy announcements. C-Suites agreed to review whole policies through the lens of DEI.

We heard a story where a white CEO emailed their entire New York workforce to acknowledge the devastating injustice for Breonna Taylor when those responsible for her death were not charged for it. It was the first time a CEO in this organization had made a statement like this. 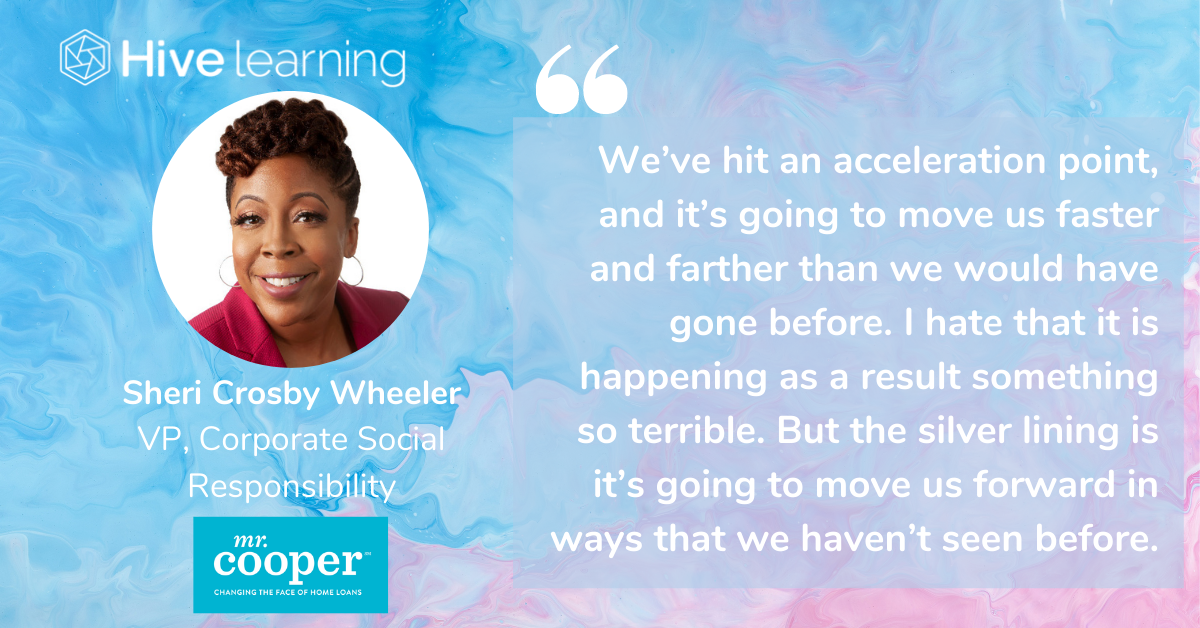 But now, and for the foreseeable future, genuine and demonstrable commitment beyond lip service will be critical. Business leaders who were used as figureheads to lend their voice when it was convenient, but never authentically engaged with antiracist initiatives, will be held accountable by their people and the public. 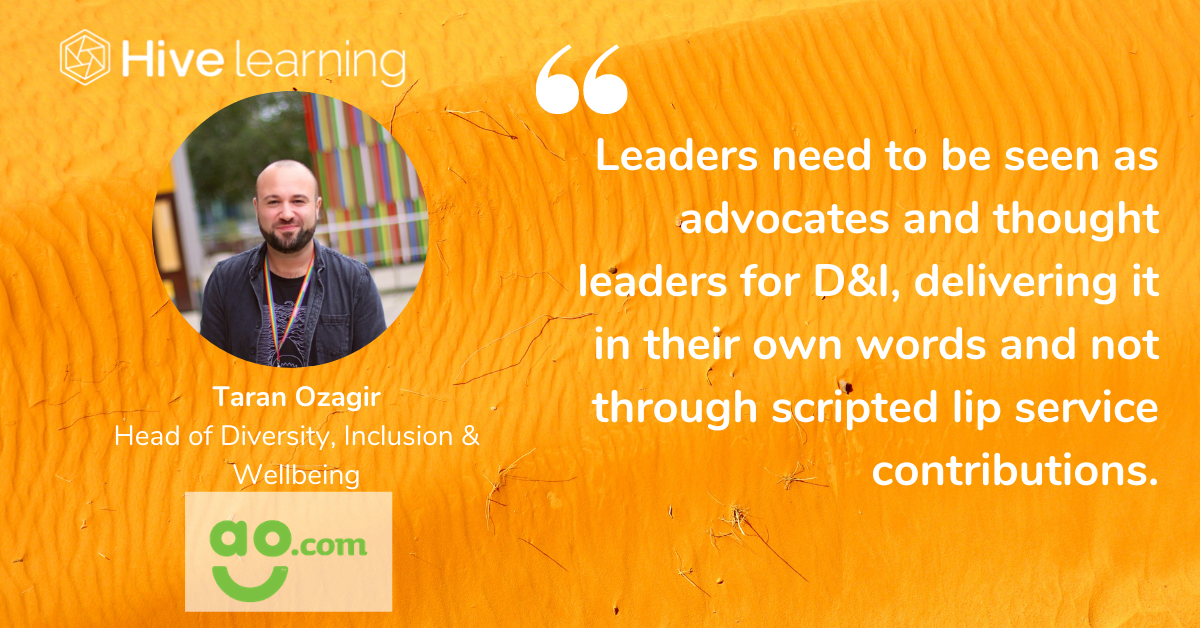 As businesses prove their commitment into 2021 and beyond, leaders will need to continue to communicate the value and purpose behind their organization’s DEI agenda and ensure that they drive action. 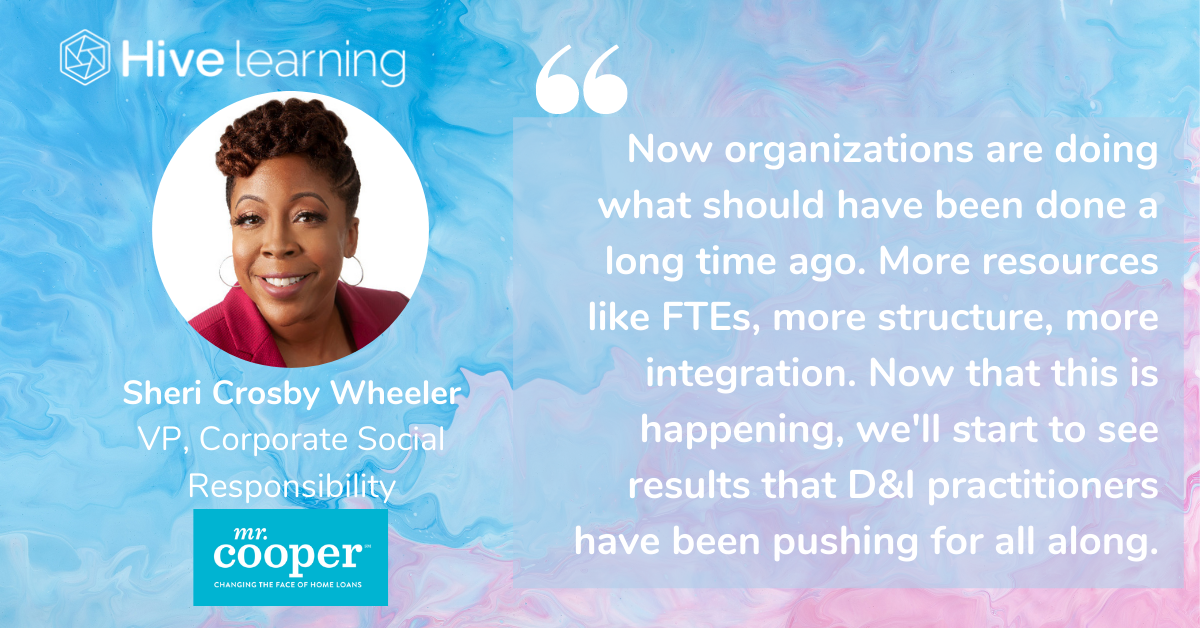 Businesses with leaders who had experienced that lightbulb moment of understanding the significance of DEI are reaping the benefits. But realizing the need and taking responsibility doesn’t mean that CEOs alone are now responsible for achieving the company’s DEI objective. What it does mean is that they are better able to rally everyone around a clear purpose and put DEI on the agenda for all employees. 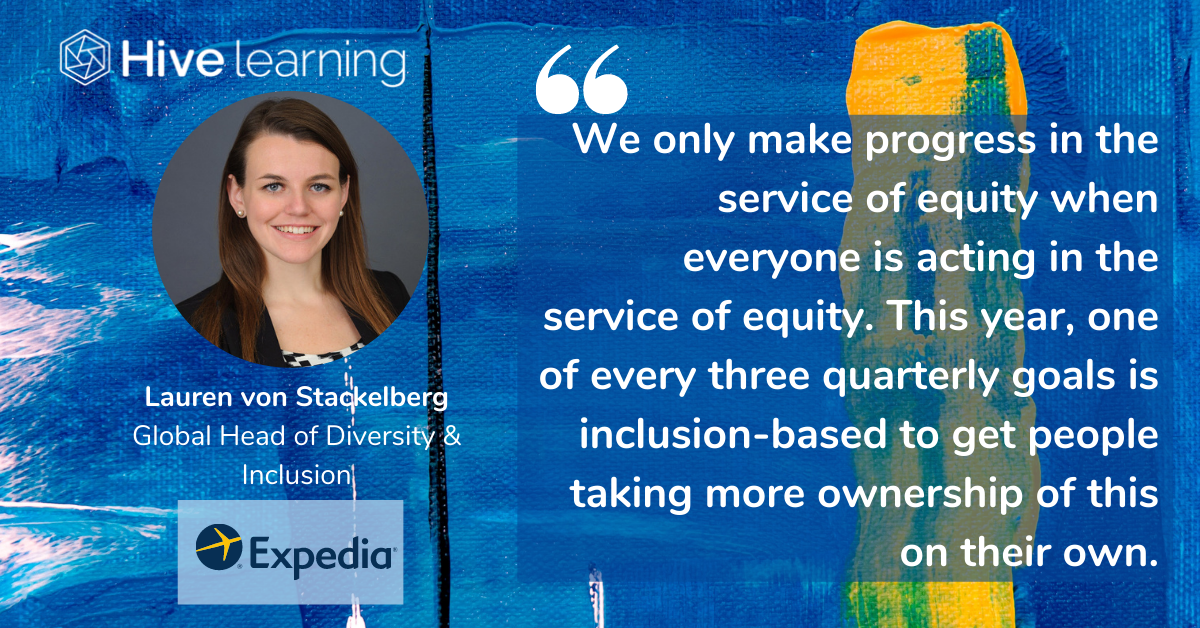 What’s more, we’ve also noted that many businesses are holding leaders and managers at every level accountable for DEI and making progress. 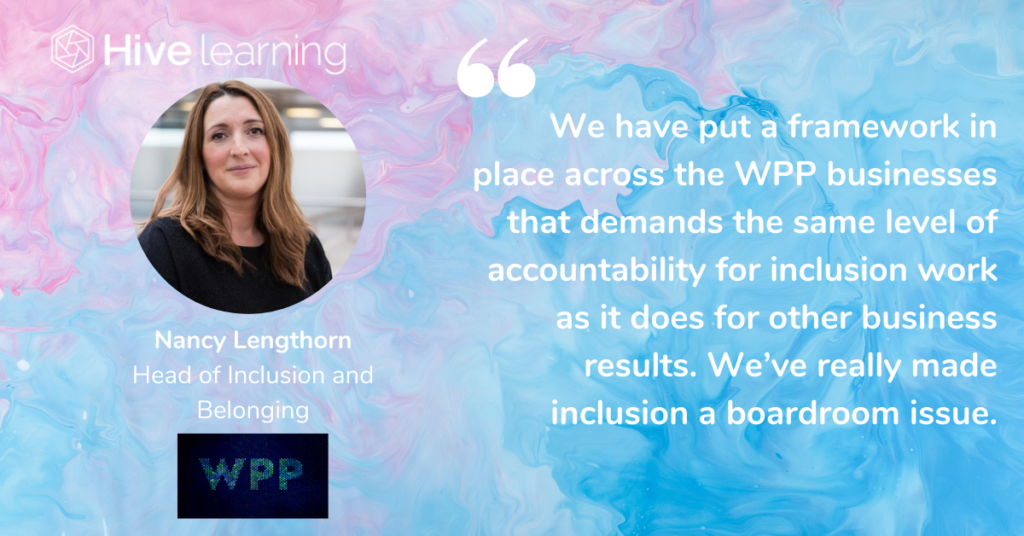 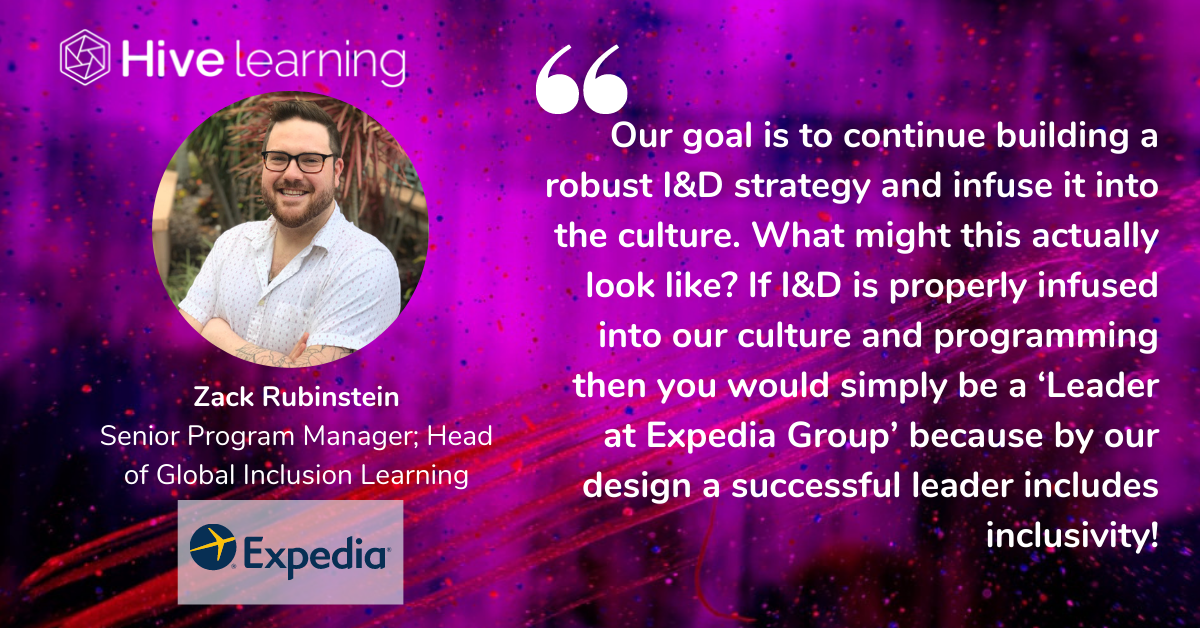 And for those in agreement that a DEI strategy is imperative, it’s back over to DEI execs to showcase the impact that their DEI strategies can deliver in the long term. We know that tying DEI initiatives to a tangible business priority like profitability helps keep both DEI and senior execs accountable. 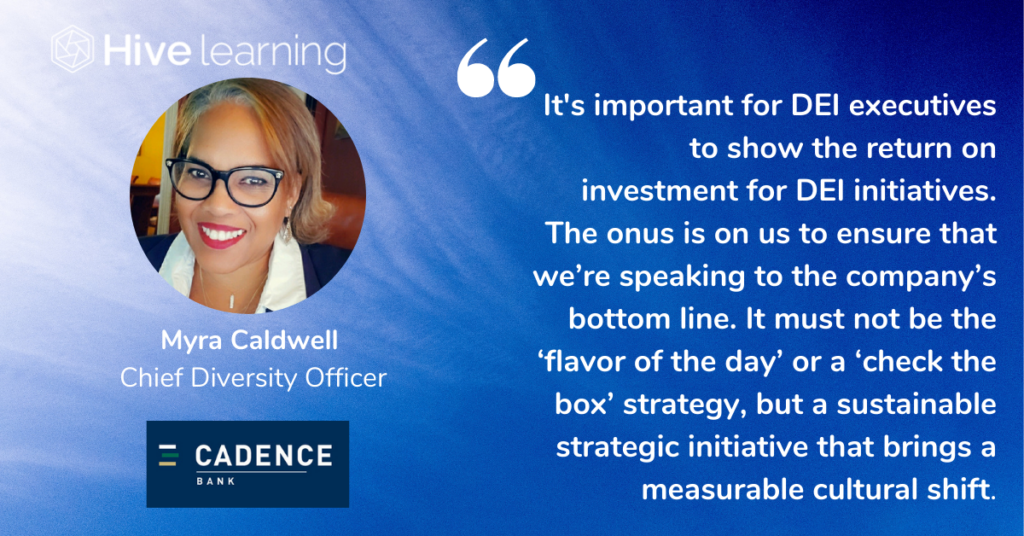 If you want to download the full report and share it with your colleagues, get the PDF here.

Learn how to discuss opposing opinions healthily in the workplace

Want some tips on how to have a healthy discussion in the workplace about an opposing political issue?